The U.S. Office of Palestinian Affairs coordinated with local NGO, Palestine: Sports for Life and its co-founder, Tamara Awartani, to host the program – the first U.S. Sports Envoy visit to the Palestinian Territories in six years.

“We were so thrilled to host Coach Eddie and Stephen, both inspiring U.S. figures on and off the court. The young Palestinian men and women they had the opportunity to work with during this program will continue to benefit greatly from this rare opportunity to receive hands-on training––not only in basketball, but also in teamwork, resilience, and leadership––from true superstars who have overcome and achieved so much in their own careers,” said Counselor for Public Affairs at OPA Carissa Gonzalez.

Edniesha Curry, one of five female NBA coaches and a former WNBA player, and Stephen Howard, former NBA player and ESPN sports analyst, worked closely with Palestine: Sports for Life to engage participants in special basketball drills which enhanced basketball skills while also developing life skills such as communication, planning, leadership, and teamwork.  Palestinian teachers and coaches were involved in leading the program’s activities that focused on exchanging and learning about different cultures.  The program took place at UNRWA College in Ramallah and the Lutheran World Federation in Beit Hanina, Jerusalem.

Through the U.S. Department of State’s Sports Envoy Program, U.S. athletes and coaches travel overseas to host sports clinics for young people and their coaches, participate in community outreach activities, engage youth in dialogue on the importance of leadership and respect for diversity.

For more information on the coaches, see their biographies: 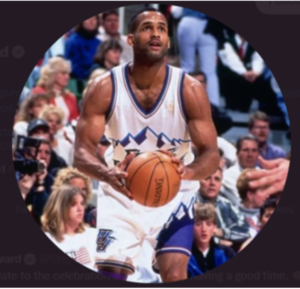 Stephen Howard is a leadership expert, ESPN & FOX Sports College Basketball analyst, NBA player and collegiate All-American. The first and last member of the men’s basketball team at DePaul University to be named First Team Academic All-American, Stephen played four years in the NBA for the Seattle Supersonics, San Antonio Spurs, and the Utah Jazz, including the 1996-1997 Jazz team that went to the NBA Finals against Michael Jordan and the Bulls. After the NBA, he played in 12 different countries including France, Spain, China, Syria, and other countries in the Middle East, immersing himself in the unique cultures of Europe, Asia, and the Middle East. He joined ESPN as a college basketball analyst and FOX Sports as the studio analyst for the NBA’s Oklahoma City Thunder and New Orleans Pelicans. Stephen continued his evolution as a leader by pursuing and achieving a Master’s in Organizational Leadership in Administration. He created the Leadership Syndicate™, an organization dedicated to elite leadership mastery. 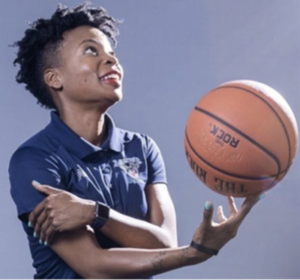 Edniesha Curry “Coach Eddie”  is one of only five female coaches currently in the NBA as Assistant Coach for the Portland Trail Blazers of the National Basketball Association (NBA). She played in the Women’s National Basketball Association for the Phoenix Mercury and the Los Angeles Sparks. As a player, Edniesha played in the WNBA from 2002 with Charlotte Sting, Phoenix Mercury, and Los Angeles Sparks and went overseas to play in Greece, Israel, Hungary and Poland.  After retiring in 2009, Edniesha spent some time coaching in Vietnam, China, Israel, and the Palestinian Territories and has been involved in coaching at NBA Jr. clinics, NBA Assistant Coach Program, and the NBA G-League – this list goes on!